An Awareness Course Designed for the Event Medic | taught by Mark Camillo
Interested in this course? Register here! 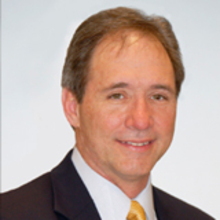 Mark Camillo is internationally recognized as a law enforcement and security professional, with exceptional expertise in the area of emergency preparedness operations. He is credited with directing the security operations of some of the most critical infrastructures in the world.

Following his final White House tour of duty, Mr. Camillo continued his advancement in the Secret Service being appointed to the position of Deputy Assistant Director, detailed to the headquarters of the newly created Department of Homeland Security. He continued working in critical assignments until his return to Secret Service headquarters where he was appointed the Chief Technology Officer for the agency.

Mr. Camillo held several key positions during his career in major event planning, but the most notable was being appointed the Olympic Coordinator for the 2002 Salt Lake Winter Olympics. Under his direction, the Secret Service executed its mission through Presidential Executive Order to design, plan and implement the Federal operational security plan for the Games. The successful execution of this carefully designed preparedness and prevention plan was later identified by the White House Office of Homeland Security as an excellent model for future security designs at Events of National Significance.

Academic engagement includes serving as a Distinguished Lecturer at the John Jay College of Criminal Justice (City University of New York) and a Senior Fellow at the George Mason University Center for Infrastructure Protection serving as a subject matter expert in security studies and operations.

Mr. Camillo was appointed in 2013 as the Chair of the Department of Homeland Security Office of Infrastructure Protection sanctioned Public Assembly Facility Subsector Council, and most recently named co-chair of the DHS Commercial Facilities Sector coordinating council.

An Awareness Course Designed for the Event Medic

Overview
13:41
We suggest moving this party over to a full size window.
You'll enjoy it way more.
Close
Go Fullscreen